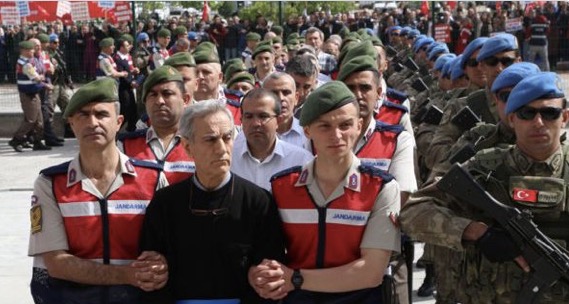 The defendants were paraded into a purpose-built courthouse one by one, and each suspect was handcuffed and flanked by two security guards.

They were surrounded by dozens of protesters who waved Turkish flags and brandished signs demanding they receive the death penalty.

High-ranking soldiers, including the former head of Turkey’s air force, are among those accused of attempting to oust President Recep Tayyip Erdogan.