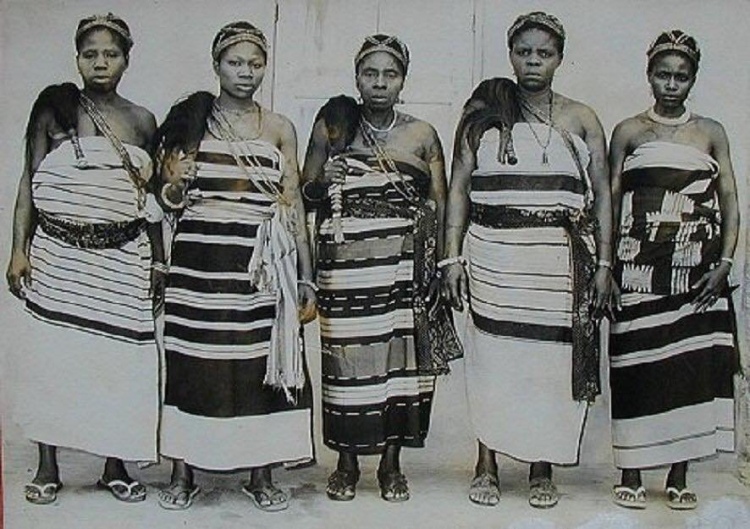 I’m sure 90% of Africans, Nigerians and mainly people of Igbo origin who read the headline of this post will be like who the hell are these people?

Yes we wouldn’t know them because we’ve been busy learning about their Mother Theresa and the fraudulent story of Mary Slessor.

On this day 89yrs ago, in the morning of November 18th 1929, a man called Emereuwa upon the directive of his boss Okugo the warrant chief, walked into the compound of a widow called Nwanyereuwa, ordered her for a census of all her livestock and household. The widow Nwanyereuwa knowing the census will determined how much she will be taxed by the British colonial government, embittered, shouted on Emereuwa “was your widowed mother at home counted?” An angry exchange ensued. Nwanyereuwa resentfully rushed down to the town and market square, consulted other disgruntled women, They with palm fronds quickly mobilised other women. And that marked the beginning of one of the greatest resistance, rebellion and uprising the British imperial colonial rule ever faced in Nigeria 🇳🇬 and Africa in general, Called “#The_Aba_Womens_Riot” otherwise known as “#The_women_who_went_to_war”

While the men were subdued, while the man died in the men in the face of oppression and tyranny of colonialism. The women stepped up and in. Record has it that over ten thousand women were involved in this revolt, and about 50 women lost their lives in the war/riot. This resistance was orchestrated by ;

4) Wise, Counselling and strategic #Nwanyereuwa these were the women that led the Famous #Aba_Womens_Riot. Women from across Six ethnic groups were involved, the Igbos, Ibibio, Andoni, Ogoni, Bonny and Opobo

Hundreds of British colonial courts were burnt down and destroyed, hundreds of warrant chiefs were ostracised and banished. On the aftermath of the revolt, the British were forced to abandon the proposed plans to impose tax on the market women, powers of the warrant chiefs were considerably curbed and more robust room was created for women’s inclusiveness in the grand scheme of things. The Aba women’s riot was on the scale never seen before. It prompted, encouraged and inspired subsequent agitations like;

Then consequently the Nigeria 🇳🇬 independence in 1960.

But unfortunately sad, when you drive through Aba today, you will see Faulks road, in owerri you will see Wetheral Road and Douglas road all of them are colonial relics. Imo state government house is called Douglas house, named after Harold Morday Douglas, a brutal British colonial district commissioner who orchestrated the Ahiara expedition of 1905 that saw villages wiped out.

Today one deranged governor of Imo State is busy moulding status of Ellen Johnson Sirleaf of Liberia 🇱🇷 and Jacob Zuma of South Africa 🇿🇦, that has no connection or historical relevance to the people of Imo State. We’ve seen streets, roads, government buildings and and schools named after strangers, monuments raised for people of little or no importance to our history and future. But the real heroes, heroins and legends have been relegated to obscurity, sent to oblivion in a complete sheer and crass negligence.

I hope that one day, the Igbos, Ibibios, Andonis, Ogonis, Opobos and Bonnis will have a leadership that will remember these women, the fifty that lost their lives and all that paid the ultimate price, immortalise them. I hope one day I shall see Nwanyereuwa road, Ikonnia hospital, Nwannedia secondary school and Nwugo shopping plaza. I hope to see us name our children after these legendary women and mothers and tell them the story.

Today 18th November 2018, I remember the women who didn’t only fight against an oppressive British colonial rule, but also had to fight their own men (Warrant chiefs) who chose the side of the Oppressor because of crumbs that fall from the table of masser.

Aba women’s riot, the women who went to war. We remember.