While at work yesterday I received a WhatsApp text from a friend showing pictures of the famous and controversial Akachi statue in Imo state being pulled down with a bulldozer.

I opened my Facebook and saw similar stories and videos, some claiming the current government of imo state are the ones pulling it down, another claiming the real owners of the land are claiming back their land forcefully taken by the Ex Governor.

Then there was another claim that people of imo state are claiming that the statue is a diabolical shrine or symbol used by the ex governor to hold the state down. This claim was funny and I easily dismissed it until I saw a full post about it validating such nonsense.

Claim 1: How can you Governor Ikedioha be in office while miscreants takes laws into their hands. It puts you as a weak Governor and not in charge of the state. The Governor should be mindful of his cronies trying very hard to impress him. This was how Rochas lost it, to many praise singers no critics. If the government didn’t send those that demolished the state property, you must arrest those who did this immediately.

Claim 2: Land use act states that all lands belong to the government. One can only be duly compensated if your land is taken for state use.

No court can give such judgement allocating state land to individuals against the state.

Claim 3: it is very stupid to think that Akachi is a shrine. This thoughts my have emanated from some of my usual stupid Christian religions friends who sees everything as diabolic except that of their own Neo Colonialism, inferiority complex and mental slavery.

These same people are ready to spend money to travel to sites that has got similar structures all over the world to take pictures and admire such structures. 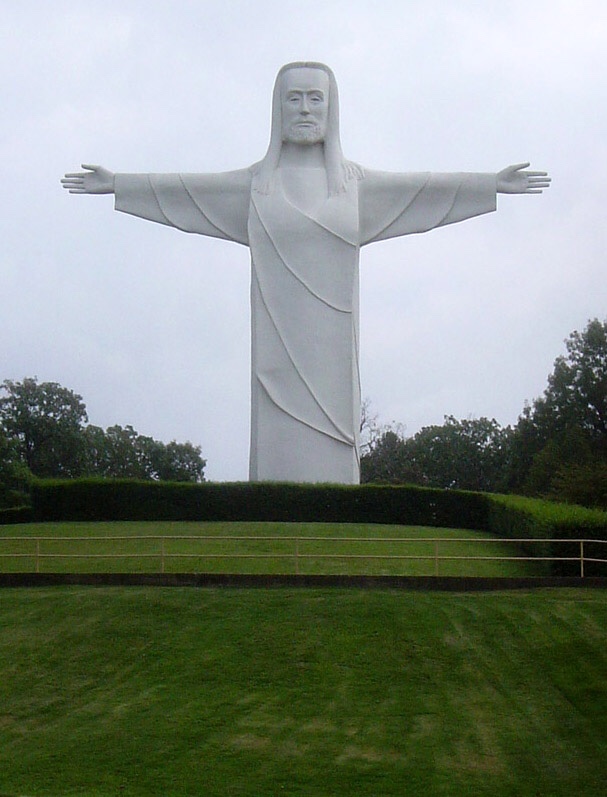 Christ of the Ozarks

As a former fine arts student, I totally understand the whole concept of beautification using arts.

I am not a fan of Rochas on some of his policies and can sound a bit biased in favour of artists benefiting from his regime.

Leave the statue alone, it’s not the statue that is making you not to prosper as an individual neither will it stop the current government from hitting the ground running.